U.K. Decision to Leave the E.U.

Earlier this morning, United Kingdom voters, in a narrow decision, voted to leave the European Union. In response to the decision, British Prime Minister David Cameron, who led the campaign to remain within the European Union, vowed to step down by October commenting that the country deserved a leader who is committed to carrying out the will of the British people. For more information on the vote, please visit http://www.bbc.com/news/uk-politics-32810887.

What has been the short-term market reaction?

Over the course of the past several days, trading in European equities and currencies had experienced a noticeable increase in volatility. The majority of opinion polls released prior to voting indicated that a vote for remaining in the U.K. was most likely, which led to a sharp rally in most equities as well as the British Pound leading up to the vote on Thursday.

Once it became clear that the British voters would decide to leave the European Union, global risk assets fell sharply with the Japanese Nikkei falling nearly 8% and continental European bourses down 6-10% in afternoon trading in Europe. Interestingly, British stocks, although down, were outperforming their European counterparts with declines of less than 4%. Meanwhile, currencies experienced extremely high volatility with the British Pound down more than 8% and the Euro down 3% versus the dollar. Some market participants argued that the outperformance of British equities was likely due to the weakness of the Pound as many of the larger British companies have much of their business overseas, which when translated into Pounds would potentially have a positive impact. Meanwhile, assets which generally do better in risk-off environments rallied with gold up more than 5% and the U.S. 10-year Treasury briefly falling to 1.5%, which was a yield decline of more than 20 basis points from the prior day’s close.

In early trading in the United States, the S&P 500 fell 2.5% recovering from a decline in S&P 500 futures contracts of nearly 5% in the middle of the night.

What are the potential short-term impacts moving forward?

It is widely expected that volatility will continue to be high over the coming days as market participants readjust growth rates in response to the decision by U.K. voters. S&P said that they anticipate that the decision of the U.K. to leave the European Union could result in a 1.0% decline in UK GDP and a 0.5% decline in Eurozone growth in 2017. Central banks across the globe have jointly worked through the early hours of Friday to provide liquidity to markets. It is widely anticipated that if market conditions were to worsen that Central banks may step in to provide more accommodation to the market, potentially by lowering interest rates. It is important to realize that it is widely expected that the actual U.K. exit from the European Union may not actually happen for two years or potentially longer, which should give the U.K. government ample time to address trade and other issues. Therefore, a calming of market volatility is likely to occur once the shock of the decision dissipates and the repricing of assets is completed.

What are the potential long-term impacts moving forward?

It is widely anticipated that the U.K. will take their time in exiting the European Union to allow themselves time to work on trade deals and other important decisions. A significant question for the European Union, will be whether this will lead to a potential ripple effect where other countries in the European Union elect to also leave the economic and political bloc and only time will tell if this is to occur.

For long-term investors, increased volatility often can bring opportunity, after all many strong companies could be considered on sale in today’s markets. It is important to remember that if you are investing for the long-term that the short-term market movements are often just noise.

The Market Update has been prepared by National Planning Holdings, Inc. (NPH), for use by its affiliated broker-dealers which includes Investment Centers of America, member FINRA, SIPC. This Update is for informational purposes only – any mention of any security, index, and corporation is not meant as a solicitation to buy or sell any security, or any investment related to any corporation mentioned in this Update. Securities, advisory services, and insurance products are offered through Investment Centers of America, Inc.® (ICA), member FINRA, SIPC, a Registered Investment Advisor, and affiliated insurance agencies.  ICA and iWealth are separate companies.

All expressions of opinions and forecasts expressed in this Market Update are based on assumptions we feel are reasonable. However, these opinions and forecasts may or may not actually come to pass.  This information is subject to change at any time and should not be construed as a recommendation. Undue reliance should not be placed on forward-looking statements because, by their nature, they are subject to known and unknown risks and uncertainties. Past performance does not guarantee future results. Keep in mind individuals cannot invest directly in any index, and index performance does not include transaction cost or other fees, which will affect actual investment performance. Individual investor’s results will vary. 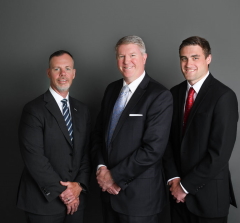